Like many of the pioneering families of the late 1800's and early 1900's the Eklund's arrived in Montana to improve their lives.

Our patriarch N.C. Eklund moved his family to Barber, Montana, a little place east of Harlowtown. He was a successful rancher, owning 7 ranches at one time.

In 1910 he opened a general store specializing in farm machinery and groceries. 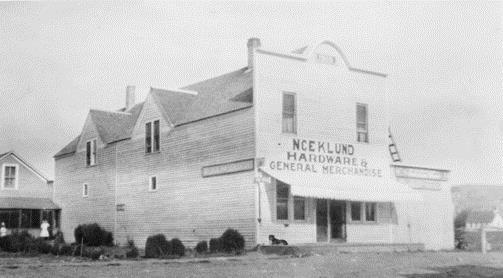 When N.C. died his son Elmer took over the ranching operation, and his son Richard assumed control of the General Store.

In the early 1930's the Great Depression forced the store to close. Richard moved to Great Falls, and became a franchised Goodyear dealer. For the next 55 years he operated his business under the name Andy's Tire Company.

In the 1950's the company added appliances, televisions, and furniture.

When Richard retired the tire business was sold and his son Dick took over management of the company. The company incorporated and became Eklund's Appliance and TV.

Dick retired in 1997, and now his sons Cal and Guy are carrying on the Eklund's family tradition.

As a family owned business we value our customers and employees. Some of our employees have been with the company for 30-40 years.

We would like to thank the people of Great Falls, Central Montana, Alberta for supporting us, and allowing us to serve you.

Tell Us About Yourself

We're proud to be a small, local business and we want to get to know our customers.

We appreciate it! Please don't hesitate to contact us if you have any questions.